If somehow the new G80 BMW M3 and G82 BMW M4 aren’t in-your-face enough, there’s an extensive selection of M Performance parts to really up the aggressiveness. Aside from the M Division livery, both cars get a suite of exterior and aerodynamic add-ons. Interestingly, both cars get the same sort of add-ons. For instance, they both get a fixed rear wing, side skirts, a rear diffuser, a lower front lip and ever some canards, all made from carbon fiber of course. 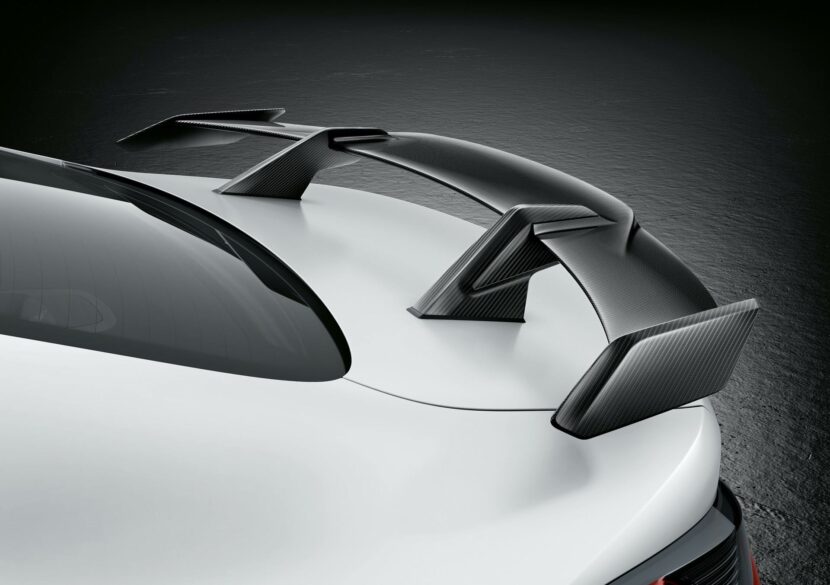 In these photos, the BMW M3 gets gold wheels, while the BMW M4 gets black wheels and there seems to be a few different wheel options.

On the inside, an M Performance steering wheel, which is both leather and Alcantara with a stripe at the top, and some “M Performance” badges throughout. Though, the steering wheel seems to be the same one that’s already available on most current BMWs.

The most interesting aspect of these M Performance parts is the exhaust option. Not only does it come with a new M Performance exhaust but it looks entirely different from the standard car’s. It still has quad pipes but rather than having two on either side of the rear bumper, they’re now huddled together in the center. They’re also stacked at an angle, giving them a triangular shape. 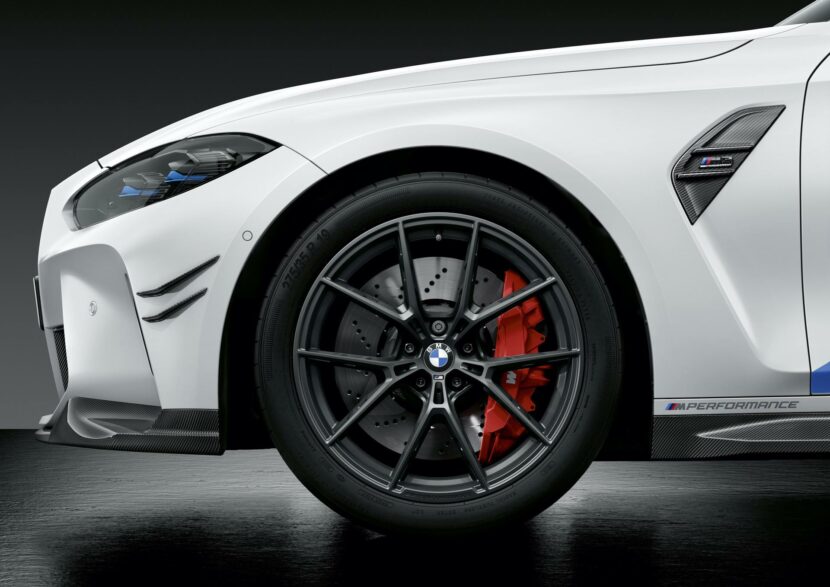 What’s most interesting about the exhaust is that it requires an entirely different rear bumper. So it’s whole bumper/diffuser is a new M Performance part, made from carbon fiber. It’s an interesting new design that seems to be a bit polarizing among enthusiasts. Some love it, some hate it but either way it’s certainly different from anything BMW has done before.

One of the nice things about M Performance parts, though, is the fact that they can be ordered on the car from the factory. So you not only get to pick up your car with the parts already installed but the cost is worked into your payments and they’re also covered under the full factory warranty. So there’s no need to have an aftermarket shop install parts, potentially void warranties and have to pay out extra cash on top of the car. 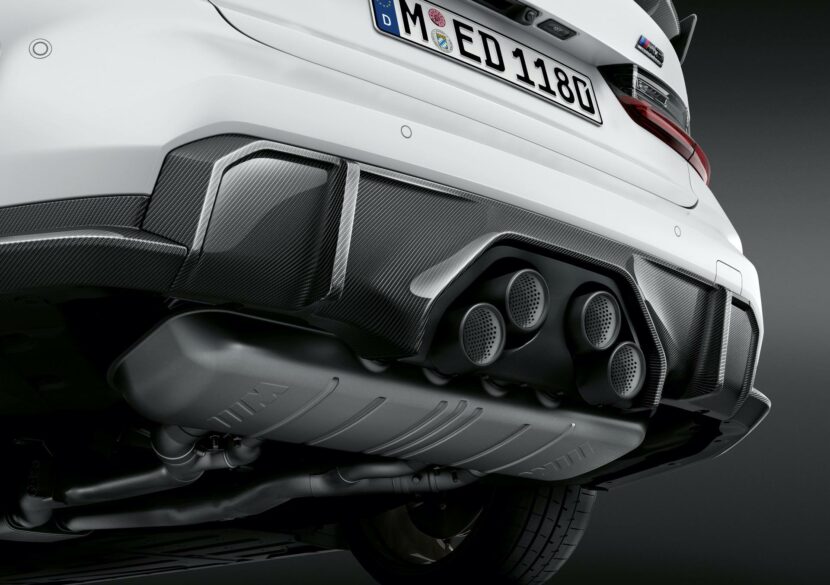